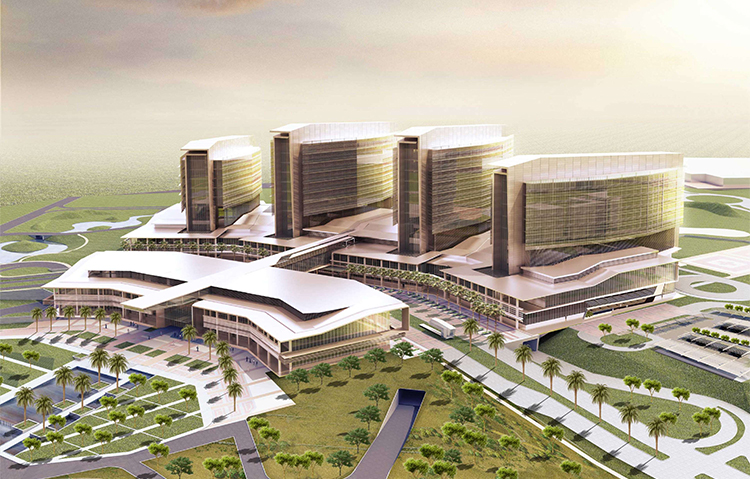 Work on the Dhs4 billion ($1.08 billion) Sheikh Shakhbout Medical City, a 300,000 square metre project in Abu Dhabi, is nearing completion and will be handed over to Abu Dhabi Health Services company (Seha) in the fourth quarter of 2017, said a report.

Musanada's acting chief executive Hamad Khalifa al Murar said 91 per cent of the external works and landscapes and utility buildings and electricity and air conditioning plants for the major regional healthcare project have now been completed. Located in Al Mafraq area, Sheikh Shakhbout Medical City will include mostly covered parking for 1,660 cars, the WAM report quoted him as saying.

Electric power and air conditioning systems are being tested on an ongoing basis, while 59 per cent of the medical equipment has been tested and installed, the report added.